What Are The Benefits Of Investing In Pension Schemes?

Although pension schemes may seem somewhat complicated, at their core, they are very basic and simple. It is important to understand what advantages you have by placing money in a pension scheme. For many, a State Pension is simply not enough to live on during retirement, but it can create a solid financial foundation.

The pension system in the United Kingdom was initially laid down after World War II. The State Pension was put into place as a way to offer a guaranteed retirement income to those who wanted to leave their jobs after reaching the age of 65. However, over the decades, a number of laws have changed the pension system and these laws have left retirement savers searching through endless pages of information and complex rules. 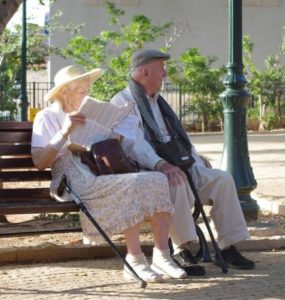 In a nutshell, the pension system is a tiered system. The first tier (Tier 1) is paid out by the government and it offers everyone with a guaranteed State Pension. This State Pension is a minimum retirement income. Although there is an average amount that is paid out, the actual amount that a retirement saver will receive will depend on how much they contributed to the system when they were working.

Tier 2 of the pension system was removed in favour of a pension that offers a flat rate for new retirees. This flat rate is funded by the state and it is topped up with various other payments that have changed throughout the years. The two types of pension schemes popular in this tier are the SERPS (State Earnings Related Pension Scheme) and the older graduated pension.

The pension schemes included in this tier are:

Why You Should Save Money For Retirement

Were you aware of the fact that the maximum amount of State Pension is far less than what most people in the UK want to retire on? For the 2019-2020 year, the State Pension is around 169 GBP a week. That equals a little over 8,700 GBP for one year.

Unfortunately, there are millions of people who are not saving enough money to enable them to enjoy a comfortable living once they retire. If you are someone who has not started saving money for retirement, there are a few options available to you. You can choose to:

In other words, it is important to start looking at alternatives to give you the financial cushion that you will need once you are no longer working. This way you will not be solely dependent on State Pension.

Even if you qualify to receive the full State Pension at its current rate for the tax year of 2019 to 2020, this is likely far below what you will need so you can comfortably retire.

What Are The Benefits Of Saving Money In A Pension? 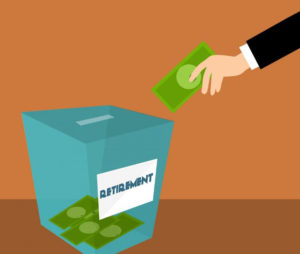 Pensions offer a range of important benefits that will help to increase your savings quicker than other types of investment schemes.

As mentioned, a pension is nothing more than a long term savings plan, but it is a plan that offers tax relief. By getting tax relief on your pension, the money that would have gone towards taxes paid to the government stays in your pension.

If you are saving your money through scheme referred to as defined contribution pension scheme, the contributions that you make are invested so they increase whilst you work. These contributions then serve as your income once you are ready to retire.

Tax Relief And Your Pension Pot

After your income has gone over a certain level, the government will begin to tax your earnings. You are able to see how much money the government has taken by looking at your payslip after each pay period. If any money is placed into a pension scheme, it cannot be used to pay taxes.

If you take out a stakeholder or personal pension scheme, as well as some workplace pension schemes, you are able to get relief on your taxes when it comes to your personal contributions. This is true even if the income you make is considered low. Keep in mind, this does not apply to many workplace schemes.

Lump-Sum That Is Tax-Free

Typically, retirees are able to take up to 25% of their pension savings in a lump sum. This money is not subject to tax.

For those who have built up their pension pots with a defined contribution scheme, you have the chance to use what’s left in the pot any way you want to once you are 55 years old. This does not apply to salary pension schemes.

Pension schemes are designed to make a person financially comfortable once they have retired. There are many other pension schemes that can be used in combination with State Pension so you can enter your retirement years stress-free.